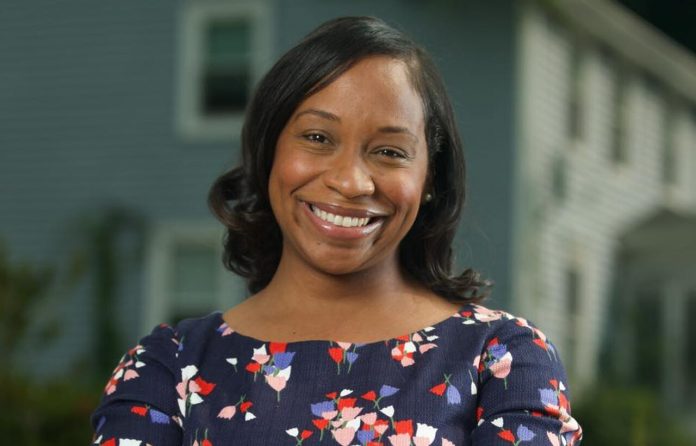 For Immediate Release
Wednesday, December 2, 2020
Contact: press@andreacampbell.org, 516-557-7135
Cabral is the former MA Secretary of Public Safety and Former Suffolk County Sheriff
BOSTON – Today, former Suffolk County Sheriff and Massachusetts Secretary of Public Safety Andrea Cabral endorsed City Councilor Andrea Campbell in her bid for Mayor of Boston.
“Andrea Campbell is a once-in-a-lifetime leader for the City of Boston. She knows personally what is at stake when we fail to change systems that perpetuate inequity and injustice, and has the ability to make that change happen,” said Cabral. “From our earliest conversations a decade ago about her twin brother’s health while in custody, as colleagues in Governor Patrick’s administration, and throughout her time on the Council, I’ve seen how fiercely Andrea works to ensure racial equity and real accountability in our policies and practices. I’m proud to support her candidacy for Mayor.”

“I am so humbled and proud to have Andrea Cabral’s endorsement. She has been a friend, a mentor, and a colleague, and has dedicated her career to transforming systems to be more equitable and just, particularly our criminal legal system,” said Campbell. “She knows that to truly confront and eradicate the inequities and systemic racism in our city, we need to elect leaders who have lived them, and empower people who have been most impacted. That is what our campaign is all about and why I am honored to have her endorsement.”

Andrea J. Cabral, Esq., served as the Commonwealth’s Executive Secretary of Public Safety in the Administration of Governor Deval Patrick. She oversaw 14 state public safety agencies, including the Department of Correction, the Massachusetts Emergency Management Agency, the Parole Board and the Massachusetts National Guard. Prior to that appointment, she served as Suffolk County Sheriff for ten years and was the first female sheriff in Massachusetts’ history.

Andrea Campbell is running for Mayor to bring Boston together to break cycles of inequity and injustice, and to give every Bostonian a chance to succeed. As a City Councilor representing District 4, which includes large sections of Dorchester and Mattapan, as well as pieces of Jamaica Plain and Roslindale, Campbell has focused on closing generational inequities in our City, whether in a criminal justice system that is unjust, a school system that under-serves communities of color, or one of the worst racial wealth gaps in America.

Campbell was born and raised in Boston, in Roxbury and the South End, and went to all Boston Public Schools. She is a graduate of Boston Latin School, Princeton University, and UCLA Law School.

Campbell served as Deputy Legal Counsel in Governor Deval Patrick’s administration, working to create more equitable systems and deliver progressive change to communities across the Commonwealth. In 2015, Campbell defeated a 32-year incumbent to represent Mattapan, Dorchester, and parts of Jamaica Plain and Roslindale on the City Council. Since then, Campbell has been a leader for equity, justice, and opportunity for all in Boston. As the first Black woman to serve as Boston City Council President, she championed an agenda that put racial equity at the top of Boston’s priority list. For years, she’s led the fight to reform our police and criminal legal systems and pushed our City and school leaders to act urgently to provide a quality public education to every student.

Andrea J. Cabral, Esq., served as the Commonwealth’s Executive Secretary of Public Safety in the Administration of Governor Deval Patrick. She oversaw 14 state public safety agencies, including the Massachusetts State Police, the Department of Correction, the Massachusetts Emergency Management Agency, the Parole Board and the Massachusetts National Guard. Prior to that appointment, she was the Sheriff of Suffolk County and the first female sheriff in Massachusetts’ history for ten years. She is a past president of the Massachusetts Sheriffs Association.

Cabral currently works as a consultant and is a weekly contributor on WGBH Boston Public Radio. She is a graduate of Boston College and Suffolk University Law School.