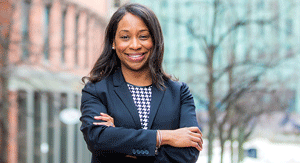 “Today’s announcement that BPS is returning to all-remote learning makes it all the more important that Mayor Walsh and Superintendent Cassellius address the disturbing racial divide in access to remote instruction.
Despite BPS’s promise that all students in need of a Chromebook would receive one, data from September showed that in some majority Black and Latinx schools, as many as 80 percent of the requests for Chromebooks were not fulfilled. For students with disabilities, these numbers were even more troubling. BPS should release updated numbers on device distribution and internet access on a regular, recurring basis as long as schools are fully remote.

Additionally, BPS must move urgently to provide a clear plan that delivers the individual, hands-on support that our highest-need learners desperately need. This is a matter of equity; we cannot fail these students.”

In September, Lawyers for Civil Rights obtained this data from BPS through a public records request, which “reveal[ed] inadequate allocation of resources along racial lines and disabilities as schools closed last March.”

Madison Park High School in Roxbury is over 50% Latinx, 38% Black, and 2.6% white. BPS data reveal that the District did not fulfill 80% of the requests for Chromebooks that came from regular education students. Nearly 74% of disabled students who requested a Chromebook never received one.

At Burke High School—which is over 62% Black, 29% Latinx, and 3.6% white—50% of students with disabilities and 45% of nondisabled students who requested a Chromebook never received one.

These numbers are even more concerning when compared to BPS schools with majority white student populations:

At the Kilmer K-8 School—which is over 51% white, BPS fulfilled over 97% of Chromebook requests from students without disabilities.    More than 56% of the students at the Warren-Prescott School are white, and nearly 97% of students with disabilities who requested a Chromebook received one from BPS. The District did not provide complete data regarding the percentage of nondisabled students who did not get a Chromebook despite repeated requests from LCR.–
Caroline Kimball-Katz
Communications Director
Office of Andrea J. Campbell, Boston City Councilor, District 4
One City Hall Plaza, 5th Floor, Boston, MA 02201
617-635-3131
caroline.kimball-katz@boston.gov