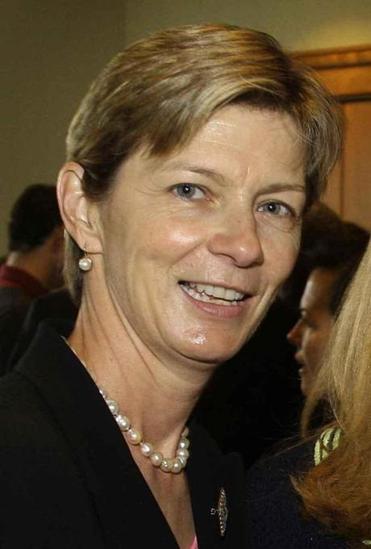 “I am truly honored to join the Baker-Polito administration’s growing team of bipartisan, dedicated public servants eager to carry out the Governor-elect’s ambitious mission of making Massachusetts great everywhere,” said Marylou Sudders. “Having dedicated my professional life to social work, mental health and caring for the most vulnerable members of our society, I am humbled and inspired to take on this role. Governor-elect Baker and I share a passion for helping those who need it the most, and I am excited to serve the people of Massachusetts.”

“I have known Marylou Sudders for over 20 years and have had the pleasure of working with her in a number of capacities over that period of time. I cannot imagine anyone more prepared to take on the hugely important task of serving as the Secretary of Health and Human Services,” said Baker. “She will bring leadership, passion, first-hand operational knowledge, broad experience, and a collaborative spirit to this most challenging task. I am honored and grateful that she is stepping into this role and look forward to working with her on the many issues that will confront the Commonwealth and the people we serve.”

Marylou Sudders most recently taught at Boston College’s graduate school of social work where she chaired the health and mental health program. Previously, she served as the Commonwealth’s Commissioner of Mental Health as well as New Hampshire’s Deputy and then Acting Director of the Division of Mental Health and Developmental Services. She has served as the Independent Reviewer for a U.S. Department of Justice settlement agreement to improve services for adults with serious mental illness and substance abuse conditions since 2012.

Sudders was appointed to the Commonwealth’s Health Policy Commission as the behavioral health expert in 2012. Sudders received several prestigious honors including an Honorary Doctorate from the Massachusetts School of Professional Psychology, Social Worker of the Year from the Massachusetts Chapter of the National Association of Social Workers, MA TaxPayers Foundation Award for Outstanding Public Service, and the Knee-Whitman Outstanding Achievement for Health & Mental Health Policy from the National Association of Social Workers Foundation.