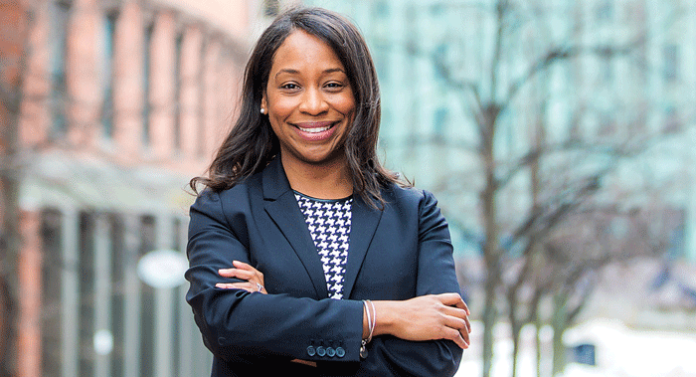 After Pledging Transparency, City Has Failed to Release Data Since 2016
BOSTON – This morning, Boston City Councilor Andrea J. Campbell sent a binding FOIA for documents related to the Boston Police Department’s field interrogation and observation data from 2017, 2018, 2019, and 2020, to compel the release of the City of Boston’s missing stop-and-frisk data. Under section 17F of the Boston city charter, the City Council has the legal authority to compel the release of documents that are in the public interest.

In 2015, amid a national reckoning on stop-and-frisk police tactics, the Walsh administration pledged to record and monitor these incidents and make the data public on an annual basis, in order to build trust between communities and the police. However, despite numerous public records requests and appeals from civil rights leaders, the City has failed to publish any new data on stop-and-frisk incidents since 2016.

“Stop-and-frisk policing has been proven to be racially biased against people of color,” said Councilor Campbell. “How is it that here, in the city that will host the national NAACP convention in a matter of months, the administration can’t tell us how many residents have been stopped and frisked by police over the past three years, despite their commitment to do so?”

Nationally, stop-and-frisk tactics have a history of disproportionately impacting communities of color. A July 2015 report from the ACLU of Massachusetts on the first round of data released by the Boston Police Department found that “the Boston Police Department has engaged in racially discriminatory stop-and-frisk practices that have disproportionately targeted Black and Latino communities.” The report identified “racial disparities in the BPD’s stops-and-frisks that could not be explained by crime or other non-race factors. Blacks during that period were the subjects of 63.3% of police-civilian encounters, although less than a quarter of the city’s population is Black.”

“By keeping residents in the dark about what’s happening on our streets, the administration is failing to build trust with communities that it desperately needs to,” added Councilor Campbell. “The City needs to release this data immediately.”

About Councilor Campbell:
Councilor Andrea Campbell represents District 4 on the Council, which includes parts of Dorchester, Mattapan, Roslindale and Jamaica Plain. In 2018, she became the first African American woman to serve as Boston City Council President.

$75 Gift Cards Will be Offered to those 18 and under and a caregiver while supplies last    BOSTON—September 27, 2022—The Boston Public Health Commission...
Read more
Boston