Andrea Campbell Raises Over $60K in Less Than 24 Hours 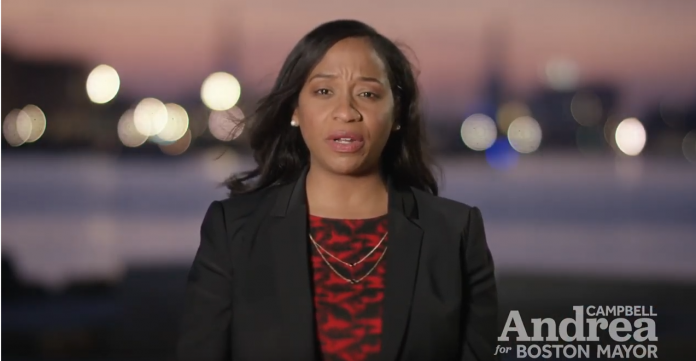 BOSTON – In less than 24 hours since the announcement that Mayor Walsh would be President Biden’s nominee for labor secretary, Andrea Campbell’s campaign raised over $60,000 for her mayoral campaign, from over 200 individual contributions.

“This campaign was never about who is in the office, but about the future of Boston and the best person to lead us forward to confront and eradicate inequities and ensure all Bostonians have the opportunities to succeed,” said Campbell. “I’m humbled by the overwhelming support our campaign has received and the momentum we are building.”

Last night, Campbell released a new video elevating her candidacy for mayor of Boston. A native Bostonian, Campbell is running to bring the city together to break cycles of inequity and injustice, and to give every Bostonian a chance to succeed. Campbell launched her campaign for mayor three months ago outside her childhood home in Roxbury, on September 24th, 2020.