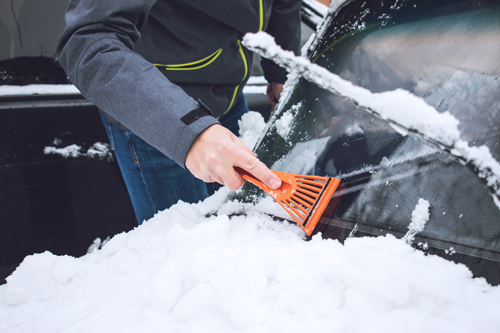 Snow Emergency will begin on Friday, January 28th at 6 pm.
BROCKTON – In anticipation of the upcoming significant snowstorm and the heavy snow totals it is predicted to bring, Mayor Robert Sullivan has declared a Snow Emergency beginning at 6 pm.

“Since early this week, the Brockton Emergency Management Agency (BEMA), Department of Public Works, Police Department, Fire Department, Parks Department, School Department, Parking Authority, Brockton Area Transit (BAT), and the Mayor’s Office have been monitoring the trajectory of the storm and at this time I find it prudent to declare this Snow Emergency to facilitate snow removal efforts in the City,” said Mayor Robert F. Sullivan. “It is paramount that our residents stay off the streets and roads to give our snow removal crews ample support as they work to make them safe for travel.”

The declaration of a Snow Emergency requires that all residents refrain from parking on all City streets until the Emergency has been rescinded at the discretion of the Mayor.

There will be 130 snowplows (110 contracted and 20 city vehicles) and 12 salt trucks assisting with snow removal efforts beginning Friday afternoon and ending when roads are safe enough to be traveled.

The following parking lots are available to residents who need a place to park their vehicles during the storm:

Any vehicle parked on a city street after 6 pm on Friday, January 28th will be subject to a police tow.