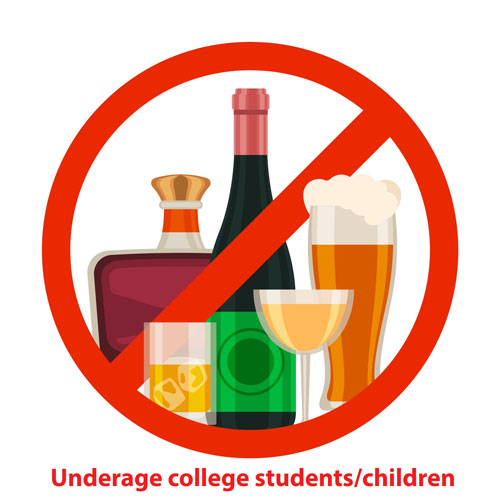 BOSTON – This past weekend, as part the Massachusetts Alcoholic Beverages Control Commission’s (ABCC) Operation Safe Campus, investigators found Door Dash and Uber Eats drivers delivering alcohol to Boston area college students. Most students were approximately 19 years of age and used false out of state licenses. Students ordered and paid for the alcohol through the apps, after which the drivers picked up the alcohol from The Wild Duck liquor store and delivered it to the underage students.

In November of 2021, ABCC Investigators cited GoPuff with sale and delivery to over 20 underage college students in the Boston area.

Under the direction of State Treasurer Deborah Goldberg, the ABCC annually implements Operation Safe Campus. The program objective is to proactively prevent tragedies by keeping alcoholic beverages out of the hands of underage students on and around college campuses throughout Massachusetts.

“We want to draw attention and make sure that people are aware that underage drinking can have devastating consequences on them and those they love,” said State Treasurer Deborah B. Goldberg. “To prevent these situations and increase awareness, we are educating college students and their families, as well as proactively targeting specific events and time periods continuously throughout the year.”

From Labor Day weekend through Halloween, the ABCC found over 300 minors in possession or transporting alcoholic beverages, 40 adults procuring alcohol for minors and approximately 100 individuals in possession of false identification.

The program focuses on front-line prevention, with investigators often calling a teen’s parents when violations occur. ABCC officials say that most parents are unaware that their children are involved in the use of alcohol, and that the intervention is a powerful tool toward family involvement in addressing the problem of underage drinking.

“The ABCC wants to ensure that we are preventing tragedies before they happen,” said Jean Lorizio, chairperson of the ABCC. “The safety of all Massachusetts students is of the utmost importance and by implementing Operation Safe Campus we are supporting that priority and maintaining safer campuses.”

Statistics show that three teens die from drinking and driving every day, and approximately six teens die every day of non-driving alcohol-related causes, such as homicide, suicide, and drowning. Annually, 97,000 students between the ages of 18 and 24 report experiencing alcohol-related sexual assault or date rape. Alcohol intoxication has also been reported to be involved in 47% of homicides and 23% of suicides involving people under 21. In Massachusetts alone, the overall cost of alcohol abuse by youth is estimated at $1.4 billion.