World Cup: Brazil’s Neymar has spent 14 minutes on the floor 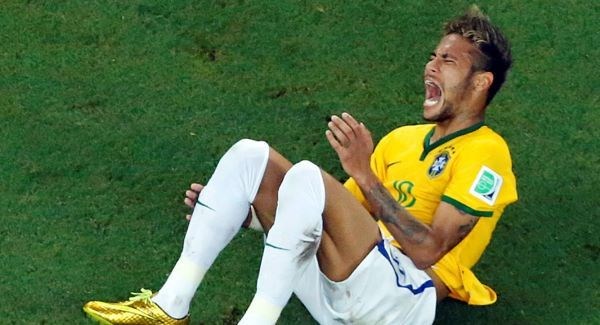 Brazilian star Neymar has drawn attention in the World Cup for two separate dives that fans call “Oscar-worthy.” Now Swiss broadcasting group Radio Télévision Suisse has added up the minutes the forward has spent down on the ground in this tournament after various injuries or, uh, “injuries.”

And it’s a pretty big number: Almost 14 minutes.
RTS timed the minutes that ticked off the clock as Neymar stayed down on the ground after supposed fouls or injuries in various games. In the July 2 game against Mexico, he was down for five minutes and 29 seconds total, with the longest interruption coming when Mexican player Miguel Layun stepped on Neymar’s right ankle. That time, Neymar was down for nearly two minutes, RTS reports.

RTS also reports that Neymar was down for nearly two minutes against Serbia and three minutes and 40 seconds in the game against the broadcaster’s own home country, Switzerland. Neymar’s antics in total have added up to 13 minutes and 50 seconds since the tournament began.

World Cup watchers were quick to respond, on both sides of the issue. “How do you say MELODRAMA in French?” one asked. Wrote another, “I’m sure he can triple that amount in the remaining games. What a blight on the record of an otherwise talented player.”