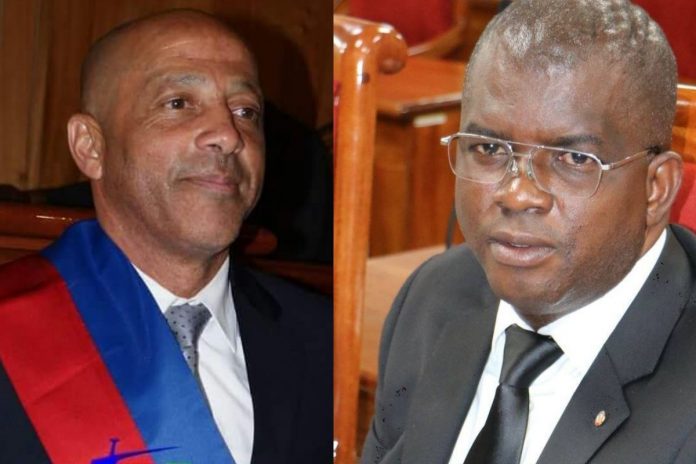 OFAC designated Celestin and Fourcand for having engaged in, or attempted to engage in, activities or transactions that have materially contributed to, or pose a significant risk of materially contributing to, the international proliferation of illicit drugs or their means of production. The Government of Canada also designated Celestin and Fourcand.

“Rony Celestin and Richard Fourcand are two more examples of corrupt Haitian politicians abusing their power to further drug trafficking activities across the region,” said Under Secretary of the Treasury for Terrorism and Financial Intelligence Brian E. Nelson. “Treasury will continue to hold corrupt officials and malign actors accountable for the illicit drug trafficking that is destabilizing Haiti.”

OFAC has information indicating Celestin engages in international drug trafficking activities. He has used his political position to orchestrate the importation of drugs from Venezuela into Haiti, as well as the exportation of drugs to the United States and The Bahamas.

Today’s actions follow a November action in which the United States designated two corrupt Haitian politicians for their involvement in narcotics trafficking; OFAC, in coordination with the Government of Canada, designated Haitian nationals Joseph Lambert and Youri Latortue pursuant to E.O. 14059 for having engaged in, or attempted to engage in, activities or transactions that have materially contributed to, or pose a significant risk of materially contributing to, the international proliferation of illicit drugs or their means of production.

These designations are the latest by the United States to continue supporting the people of Haiti by delivering consequences for those whose actions continue to create instability and foment violence in Haiti. Additionally, the United States continues to provide Haiti with security and humanitarian assistance.
SANCTIONS IMPLICATIONS

As a result of today’s action, all property and interests in property of the designated individuals that are in the United States or in the possession or control of U.S. persons must be blocked and reported to OFAC. In addition, any entities that are owned, directly or indirectly, 50 percent or more by one or more blocked persons are also blocked. OFAC’s regulations generally prohibit all dealings by U.S. persons or within the United States (including transactions transiting the United States) that involve any property or interests in property of designated or otherwise blocked persons.

In addition, persons that engage in certain transactions with the individuals designated today may themselves be exposed to sanctions or subject to an enforcement action.

Today’s action is part of a whole-of-government effort to counter the global threat posed by the trafficking of illicit drugs into the United States that causes the deaths of tens of thousands of Americans annually, as well as countless more non-fatal overdoses. OFAC, in coordination with its U.S. government partners and foreign counterparts, will continue to target and pursue accountability for foreign illicit drug actors.

The power and integrity of OFAC sanctions derive not only from OFAC’s ability to designate and add persons to the Specially Designated Nationals and Blocked Persons List (SDN List), but also from its willingness to remove persons from the SDN List consistent with the law. The ultimate goal of sanctions is not to punish, but to bring about a positive change in behavior. For information concerning the process for seeking removal from an OFAC list, including the SDN List, please refer to OFAC’s Frequently Asked Question 897. For detailed information on the process to submit a request for removal from an OFAC sanctions list.