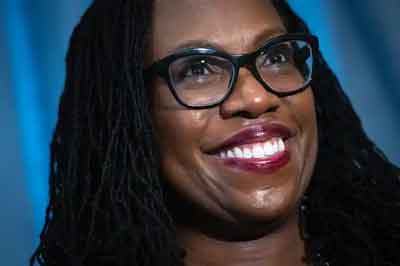 “Since its inception, the Supreme Court of the United States has been dominated by white men who have handed down decisions impacting every aspect of our lives, without the input of a single Black woman. That changes today.

“Judge Ketanji Brown Jackson is a supremely qualified nominee whose history-making confirmation today sends a powerful signal to Black girls everywhere that we belong in the halls of power and at every decision-making table. Judge Jackson is principled and committed to equal justice under the law, and I look forward to seeing her work toward a vision of justice that is inclusive, equitable, and centers the humanity of everyone who calls America home.
“In this moment, we celebrate and recognize Justice Jackson as the first, but certainly not the last.”