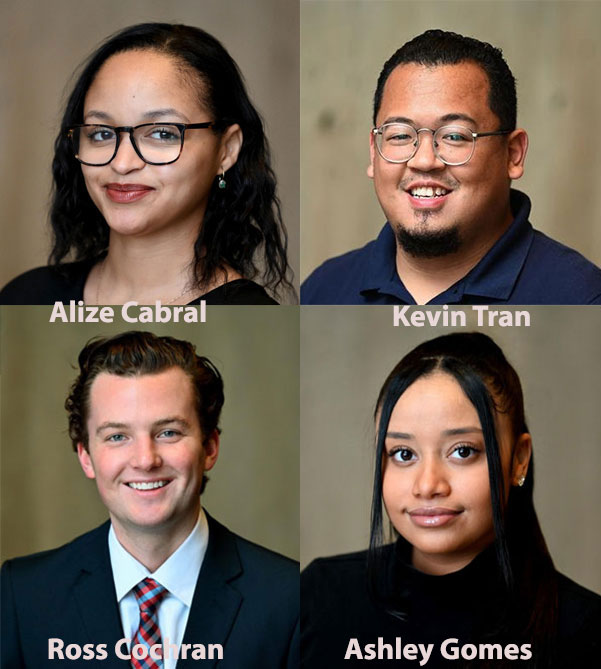 BOSTON – Thursday, December 29, 2022 – Today, Mayor Michelle Wu announced new liaisons in the Office of Neighborhood Services, Alize Cabral as the first liaison solely for the Cape Verdean community, Ross Cochran as the Dorchester neighborhood liaison, Ashley Gomes as the Mid-Dorchester liaison, and Kevin Tran as the first Asian American Pacific Islander (AAPI) cultural liaison focused on serving the Asian community. They will all serve as the primary contact for constituents and businesses in these neighborhoods and cultural communities looking to connect with the Mayor’s Office, and will facilitate the delivery of services in collaboration with City departments.

“Liaisons play a crucial role in connecting residents to City services, and so I’m thrilled that for the first time we’re adding dedicated staff to specifically partner with the Cape Verdean and AAPI residents of Boston. Additionally, our two new Dorchester liaisons will ensure that residents of one of the most diverse and largest neighborhoods feel connected to the work we’re doing,” said Mayor Michelle Wu. “Alize, Kevin, Ross, and Ashley represent the best of Boston and all have demonstrated experience in public service, and I look forward to working with them.”

“Neighborhood Services is excited to expand our offerings to strengthen our relationship with Boston residents and business owners by continuing to get City Hall out of City Hall and into our beautiful neighborhoods,” said Office of Neighborhood Services Executive Director Enrique Pepen. “Our talented neighborhood and cultural liaisons are ready to connect neighborhood services directly to residents to increase community engagement, and ensure constituents stay in the know and their voices remain considered in policy making. Together, we will continue to make Boston the best city to live for everyone.”

The Office of Neighborhood Services liaisons play an integral role in connecting residents to City services and resources by facilitating citizen input in all aspects of local government through service requests, attending neighborhood meetings, and emergency responses.

Alize Cabral was born and raised in Boston and has lived primarily in the Dorchester, Roxbury, and Mattapan neighborhoods as a teenager and young adult. Her parents are both Cape Verdean, and their parents were raised in Cabo Verde.

Growing up, Cabral felt connected to people and the arts. This developed into a passion to become one with her community. As a proud Bostonian, she has spent a lot of time exploring the rich culture in Boston with her friends and family. Cabral attended the John D. O’Bryant School of Mathematics and Science located in the heart of Roxbury. She earned her Bachelor’s Degree of Science in Human Development with a focus in counseling from Wheelock College.

Boston is home to one of the largest population of Cape Verdeans in the state of Massachusetts. The Cape Verdean cultural liaison was created in the Neighborhood Services department to continue to invest in the community by ensuring that they have a direct link to City Hall.

“I am most excited to collaborate with the community and my City colleagues to address some of the most pressing challenges that Cape Verdean residents in Boston face. Ultimately, I want to make a positive impact on the community. I want to try to be an effective bridge from neighborhoods where Cape Verdeans live and connect them to City Hall,” said Alize Cabral. “The Cape Verdean community brings such a vibrant culture and has such a promising future in the City of Boston. I believe we have some of the greatest leaders in the City of Boston.” 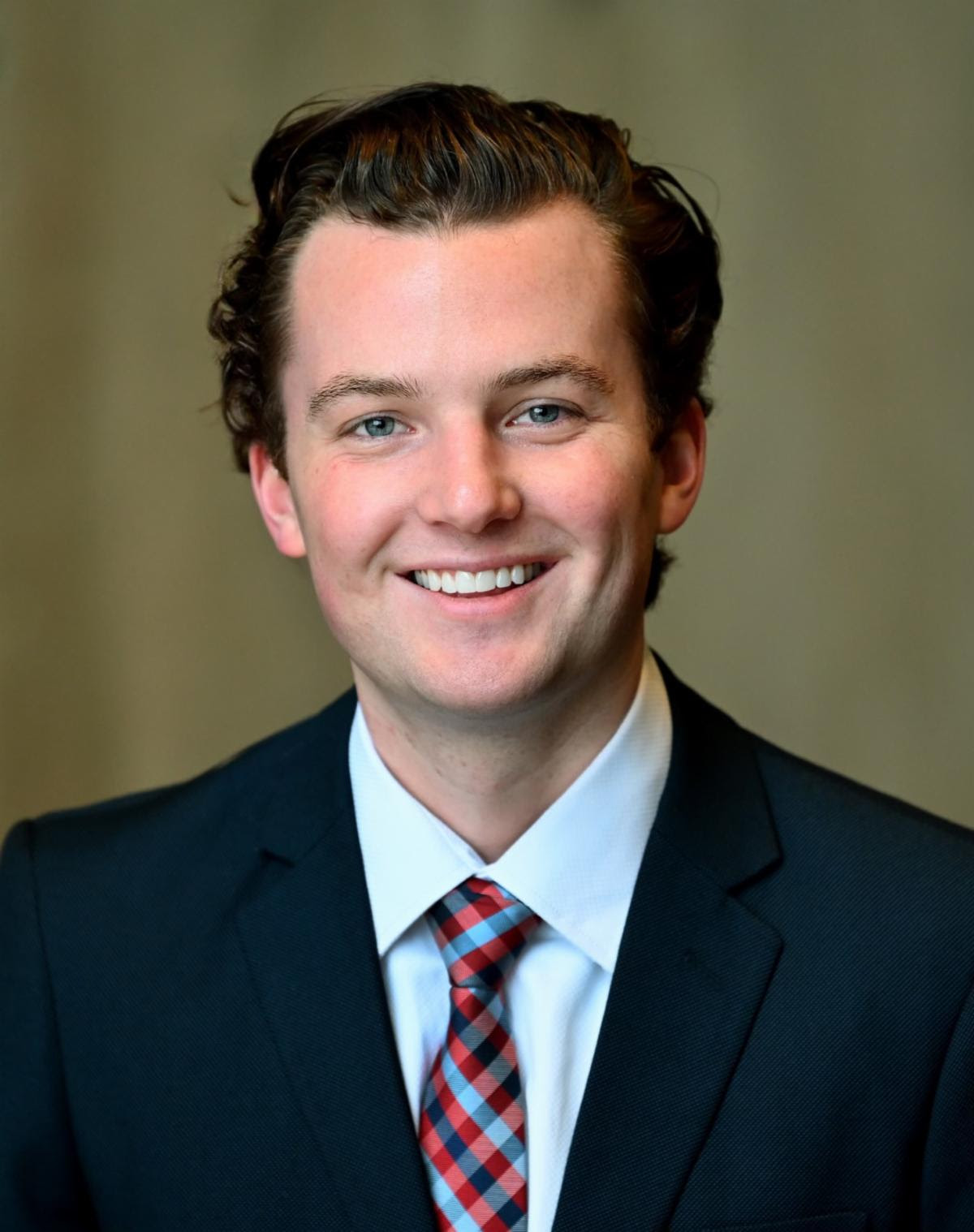 Ross Cochran is originally from Atlanta, Georgia. He graduated from the University of North Georgia with a Bachelor of Science degree in Political Science. He visited Boston in the dead of winter in 2020 and instantly fell in love with the city. From this trip, he knew he wanted to move to Boston and serve its residents.

“My father is a Marine and a retired firefighter. My mother has always been involved in her community helping people. One of my brothers is an Airmen and another brother is currently a firefighter–helping people runs in my blood,” said Ross Cochran. “If this job allows me to help one single person in one simple way, it’s a job worth doing.”

Further, Cochran highlighted how excited he is to help all citizens of Boston, but particularly those in Dorchester. He noted that being the largest neighborhood in Boston is something special itself and the amount of pride that comes with being a hardworking neighborhood is nothing short of amazing.

“It’s this same hard working mentality that I plan to use when executing my job. I don’t make excuses. I work hard. That’s my approach to being Dorchester’s liaison–always work hard, always show up, always do more than what’s asked.”

In his free time, Cochran enjoys snowboarding, playing basketball and soccer, and diving too far into sports statistics. He also enjoys staying up to date with current events and volunteers with local political organizations and causes.

Ashley Gomes was born and raised in the Upham’s Corner area of Dorchester. She is of Cape Verdean descent. Both of her parents immigrated to Boston from Cape Verde in the 1970’s.

As a new addition to the Office of Neighborhood Services, Gomes looks forward to investing in her community as the Mid-Dorchester neighborhood liaison, representing the areas of Bowdoin, Codman Square, and Four Corners. Gomes appreciates the diversity of the people and the many cultures reflected within the Dorchester community.

“Dorchester shaped who I am today,” said Ashley Gomes. “I am grateful for the opportunity to help develop a greater Boston alongside my fellow liaisons and colleagues in the Cabinet of Community Engagement.”

Gomes is no stranger to working in local government. She worked in the City’s Inspectional Services Department (ISD) before joining the ONS team. She is eager to bring the knowledge and skills acquired from working within ISD to her role serving directly in Dorchester.

Gomes graduated from Another Course to College High School. She enjoys cooking, traveling, spending time with cousins, and listening to music.

Tran has served as the neighborhood liaison for the Fields Corner neighborhood and Vietnamese community since October of 2021.

As the first AAPI Cultural Liaison, he is excited to serve the people in the City that he loves. Tran also wants to continue to give back in meaningful ways to the Asian community.

“As the AAPI cultural liaison, I plan to reach many nonprofits serving AAPI communities throughout Boston. I want to build stronger relationships with the Asian community to meet their needs and represent them,” said Kevin Tran.

Tran was born and raised in Dorchester. He graduated from the University of Massachusetts Boston with a bachelor’s degree in psychology. He previously worked as an ABA specialist and paraprofessional in Boston Public Schools.

ABOUT THE MAYOR’S OFFICE OF NEIGHBORHOOD SERVICES
The Mayor’s Office of Neighborhood Services (ONS) encourages, facilitates and maximizes citizen input and participation through service requests, neighborhood meetings, mailings, and emergency responses. To report non-emergency issues to the City, residents are encouraged to connect with BOS:311 by dialing 3-1-1 or by downloading the free BOS:311 app on iOS or Android platforms.