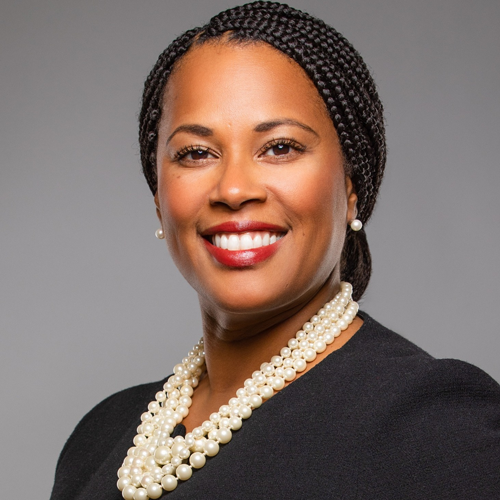 January 18, 2022 – Today, Tanisha Sullivan, an attorney and President of the Boston Branch of the NAACP, announced her candidacy for Secretary of State for the Commonwealth of Massachusetts.
In her campaign launch video, Sullivan emphasized the urgency of the moment. She highlighted the need for Massachusetts to be a leader in the fight to protect and expand fundamental voting rights, and pointed to the critical role the Secretary of State must play in creating more opportunities for residents to meaningfully engage in our democracy. Beyond voting rights, she said the next Secretary must do more to use the powers of the office to ensure transparency, accountability, and expand economic opportunity for everyone in the Commonwealth.

“We are at an inflection point in our democracy, and the challenges before us demand urgent, collective action,” said Sullivan. “In light of obstructionism that continues to stand in the way of federal action on voting rights, it falls to state leaders to protect and expand the right of every Massachusetts resident to participate in our government, and to show what a truly inclusive, representative democracy looks like. Especially now, we cannot accept incrementalism. This moment deserves more. Our communities deserve more. And, together, we’ll deliver more.

“I’m ready to officially begin this campaign, and look forward to connecting with residents across Massachusetts to talk about how the Secretary of State can help make our government more accessible, work to expand economic opportunity, and what we can do together to build a stronger, more vibrant, and more expansive democracy,” said Sullivan.

Raised in Brockton and with deep family roots in Boston, Sullivan credits her parents’ example with instilling in her the deep commitment to public service that has continued throughout her career as an attorney, her tenure as the head of the NAACP Boston Branch, and that led to her decision to run. Her father spent his career working in the Boston Public Schools, retiring in 2014 as the school leader at the John D. O’Bryant School. Her mother worked in media before opening her own small business – a home daycare – and helping connect and amplify Black-owned businesses across New England as publisher of the Black Pages of New England.

Sullivan graduated from the University of Virginia before receiving graduate degrees in both law and business from Boston College. She has spent the majority of her legal career representing life sciences companies and has focused her volunteer service and pro bono work on expanding opportunity and improving the wellbeing of workers, small business owners, and communities across Massachusetts. While working full time as an attorney, in 2017 Sullivan took on the volunteer role of President of the Boston Branch of the NAACP, the first chartered branch of the NAACP in the country. During her tenure, the NAACP Boston Branch has been deeply involved in critical efforts to advance racial, economic, and social justice in Boston and across the Commonwealth.